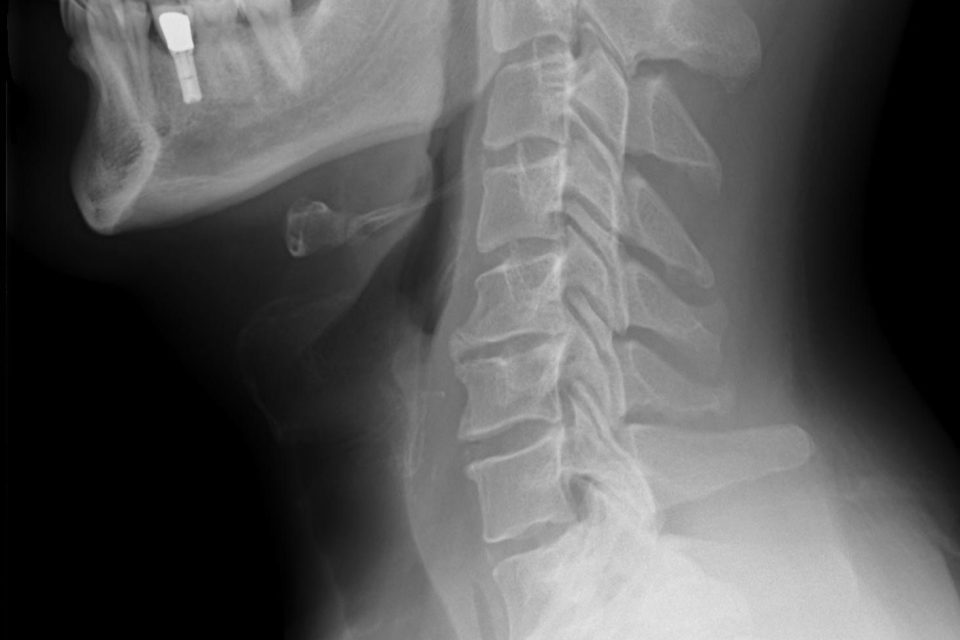 Cervical Spine X-Ray (C-Spine X-Ray) is performed to investigate neck pain, cervical pain particularly following trauma or in cases of chronic neck pain with findings of upper limb weakness, numbness or tingling. A cervical spine X-ray is a safe and painless test that uses a small amount of radiation to take a picture of the bones in the back of the neck (cervical vertebrae). 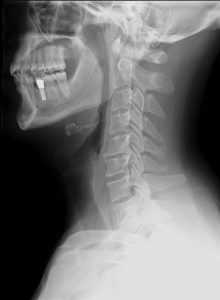 Cervical Spine X-Ray (C-Spine X-Ray) is useful in identifying cervical vertebrae fractures (bone breaks), vertebral malalignment, dislocation and degenerative spine disease. A cervical spine X-ray can help find the cause of symptoms such as neck, shoulder, upper back, or arm pain, as well as tingling, numbness, or weakness in the arm or hand. It can detect fractures in the cervical vertebrae or dislocation of the joints between the vertebrae.

Although the Cervical Spine Pain X-Ray procedure may take up to 15 minutes, actual exposure to radiation is usually only a few seconds. The patient will be asked to bend the head forward as far as possible, and to extend the neck backwards as far as possible.

Cervical Spine X-Ray (C-Spine X-Ray) is performed by a radiographer in an X-Ray room. During the examination, an X-ray machine sends a beam of radiation through the neck, and an image is recorded on special film or a computer. This image includes the seven vertebrae in the neck area, the first vertebrae of the thoracic spine, and the disk spaces in between them.

How to Increase the CRT Benefit 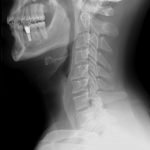